Constructed in 1935, Loon Bay Lodge offers outdoor enjoyment with the grace and style once the exclusive domain of the privileged.

Enjoy a taste of glorious times past with the modern comforts of today. With an illustrious heritage, you can join the list of celebrated visitors to Loon Bay Lodge and create your own experiences which will be talked about for years to come.

Constructed in 1935, Loon Bay Lodge offers outdoor enjoyment with the grace and style once the exclusive domain of the privileged.

Enjoy a taste of glorious times past with the modern comforts of today. With an illustrious heritage, you can join the list of celebrated visitors to Loon Bay Lodge and create your own experiences which will be talked about for years to come. Book Now

“George & Jean love it when that light chestnut canoe slides out over the water and they feel the pull of the river’s current.”

This video archive from 1956, gives a fascinating insight into life at the Lodge in days gone by, as it follows then owners George & Jean Weelock on a fishing trip on the St. Croix River.

Whilst we can’t promise you’ll land your own catch, fishing for trout, small-mouth bass and land-locked salmon on the St. Croix is as enjoyable today as it was back then.

“The guides are waiting… two prime pundits of the paddle, and other things traditionally woodsie in Canada.”

Loon Bay Lodge has long been enjoyed by its owners, and is once more available for guests to enjoy its unique character and unrivalled location beside the St. Croix River for the first time in over a decade.

Loon Bay Lodge was the realization of a dream for Richard Crooks, then leading singer at the New York Metropolitan Opera. 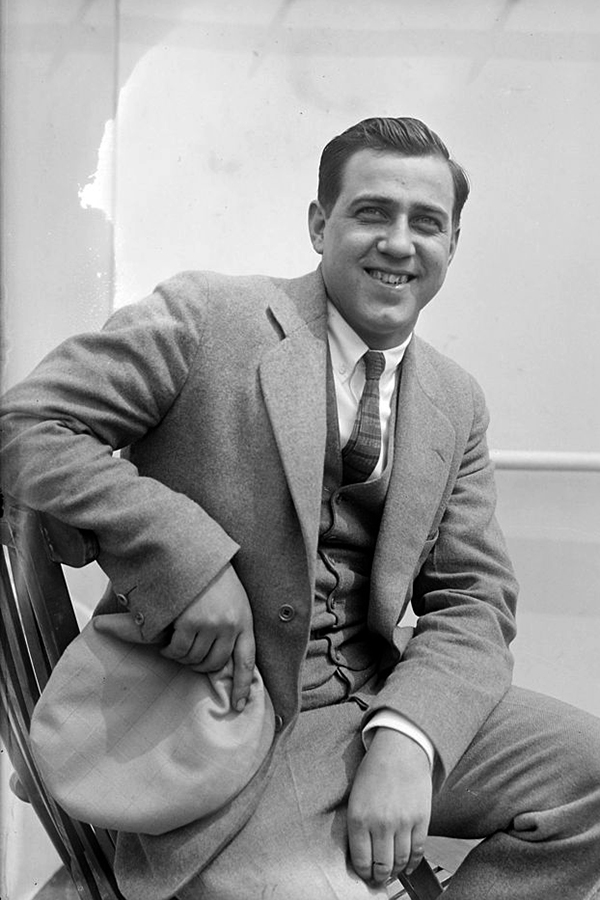 Richard Crooks first visited Loon Bay, the lake expansion of the Saint Croix River, in 1923. Crooks was a guest of the musical accompanist and arranger Frank LaForge. LaForge had built a studio on his father-in-law’s 2,700 acre summer estate, and operatic proteges such as Lily Pons and Gladys Swarthout not only honed their talents but enjoyed camping forays along the river. The grassy knoll overlooking Loon Bay was a favorite camping spot. So taken was he with the the quiet riverside splendour of Loon Bay, that Crooks bought the land in 1934, then drew up his own blue prints, and supervised construction of Loon Bay Lodge.

Whenever possible, Crooks stayed at the lodge between performances. He enjoyed canoeing , horseback riding, fishing, gardening, and photographing wildlife. Saturdays often comprised of rehearsals with his wife Mildred accompanying him on the piano. Crooks made his last appearence at the Met in 1943, and retired several years later. A degenerative throat condition, and the distance from the homes of his children, Patsy and Richard, were factors in his retirement and the sale of Loon Bay Lodge.

Crooks sold the lodge in 1948, but continued to call the new owner expressing his desire to be at Loon Bay until his death in 1972.

Richard Crooks was born on June 26, 1900 in Trenton, New Jersey. Following several concert seasons as an oratorio and song recital specialist, he traveled to Germany where he made his operatic debut in Hamburg as Cavaradossi in Puccini’s Tosca in 1927. After touring other European cities such as Berlin, Crooks returned to the United States and made his American debut in 1930. Crooks became a star of the Metropolitan Opera, specializing in French and Italian operas.

From 1928 to 1945, Crooks was the host of “The Voice of Firestone” radio broadcasts, in which he sang operatic arias, patriotic songs, folk songs, and popular hits . He also appeared on radio broadcasts with Bing Crosby, who remained a friend until Crooks’s death. Health problems forced Crooks to retire in early 1945. He continued to sing, however, at his church and elsewhere. For his work in recording, Crooks was awarded a star on the Hollywood Walk of Fame.